The GRIFFON is a 6x6 wheeled armored vehicle for the French Army, developed as part of the SCORPION EBMR program launched in 2014. It will mainly be used as a troop transport vehicle to replace the VAB currently used by the French Army.

Fitted with a 400 HP engine coupled to an automatic gearbox, independent running gears and 6-wheel drive, the GRIFFON allows a great tactical mobility.

With a GVW of 24.5 tons, it can reach a speed of 90 km/h and has excellent crossing capacities on any ground.

The axles and gearboxes of the GRIFFON's power train have been specially developed by Arquus and also equip the JAGUAR vehicle.

The GRIFFON also has all the latest technologies such as :

Taking into account the support constraints upstream of development has ensured that the GRIFFON's mobility is very easy to maintain, with, among other things: diagnosis of the main equipment using the test case, removal/installation of the Motor Propulsion Unit in less than 4 hours. 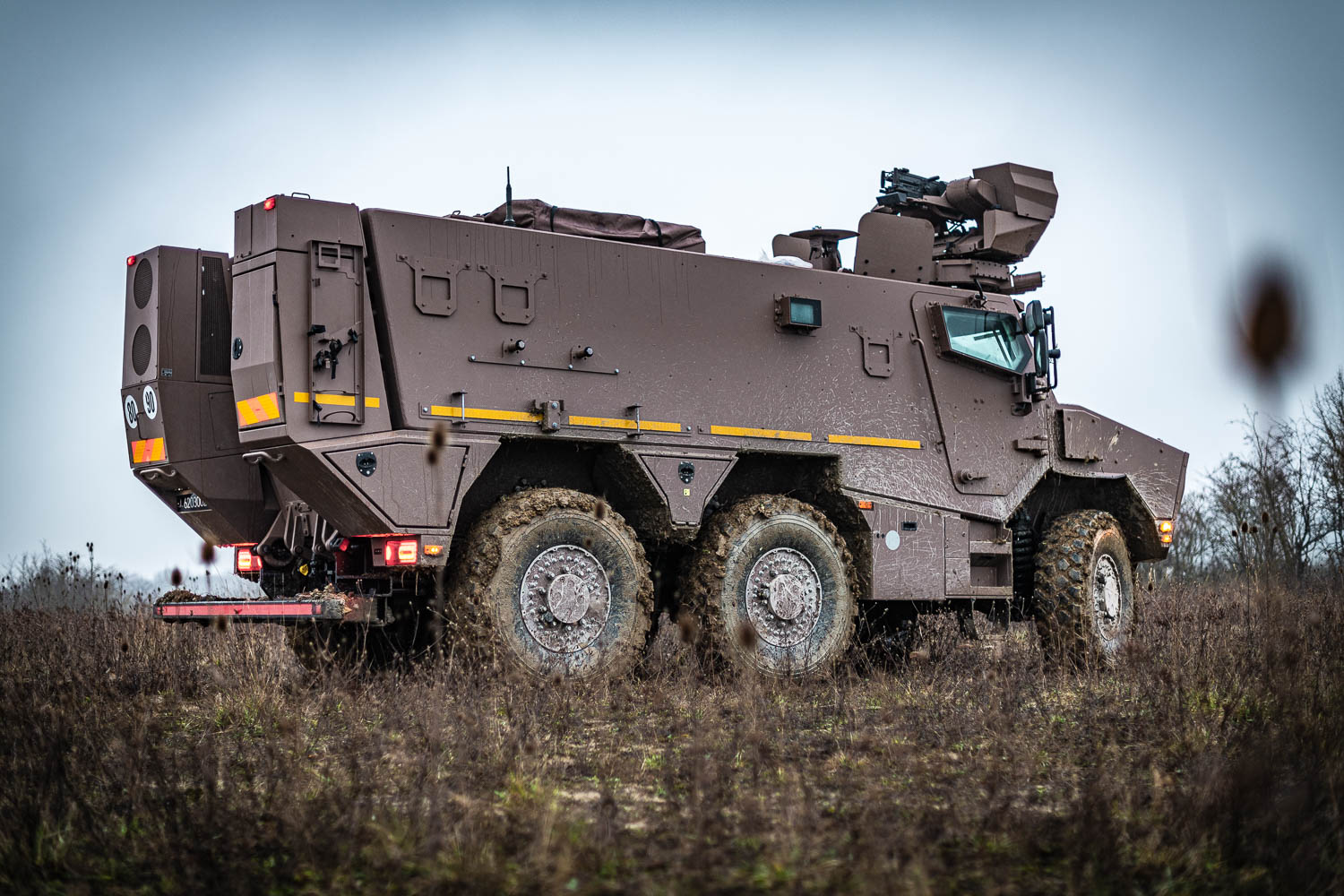 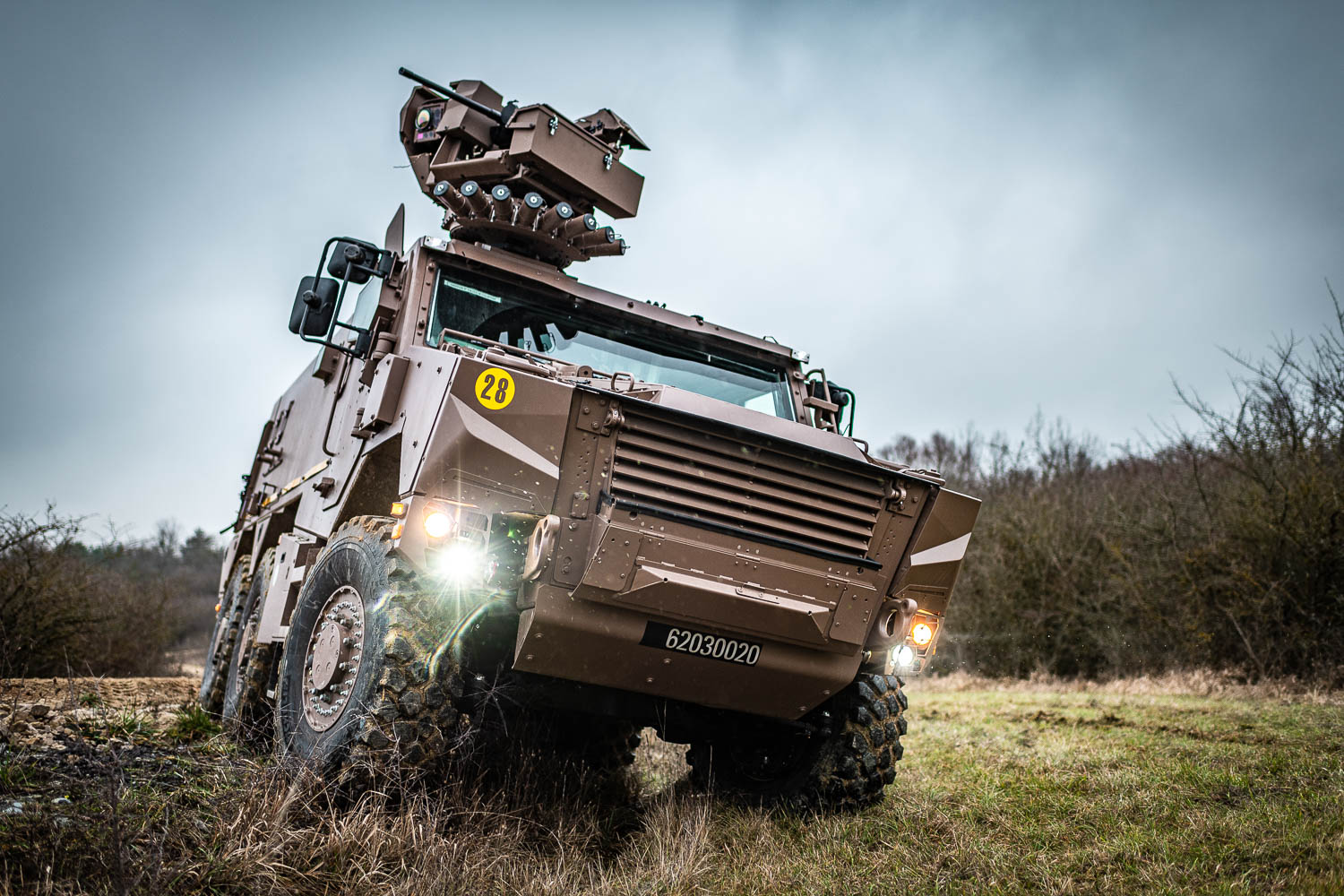 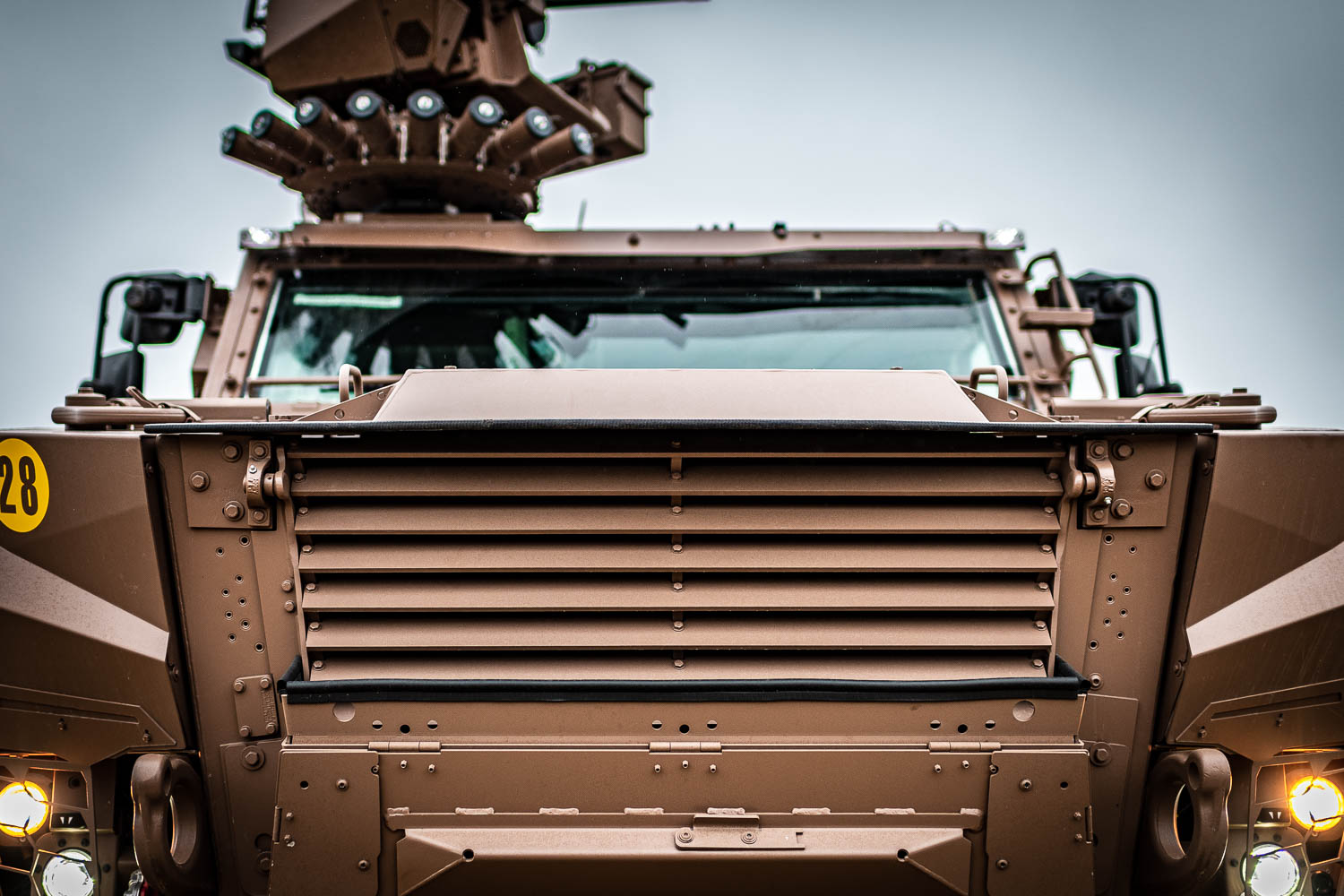 FROM BMX 01 To GRIFFON

The BMX 01 is a Plan d'Etude Amont (PEA) of the Directorate General of Armaments (DGA) on which ARQUUS started working in 2010. The aime was to identify several concepts that could meet the GRIFFON specifications.

In 6 months, ARQUUS presented 3 concepts, subdivided into 10 sub-variants in total. On February 2, 2011, the ATAV (All Terrain Armored Vehicle) choice was selected for its ergonomics, high protection, terrain mobility and target price.

The first tests of the rolling model named BMX 01 begin in 2012. The success of the model by the DGA and the French Army made it a very representative prefiguration of what the GRIFFON would become in the EBMR contract.

Nearly two years later, the "mobility and protection" demonstrator called BMX-01 carried out more than 10,000 km of tests under all conditions.

The BMX 01 AEP has thus allowed the refinement of the GRIFFON specifications. 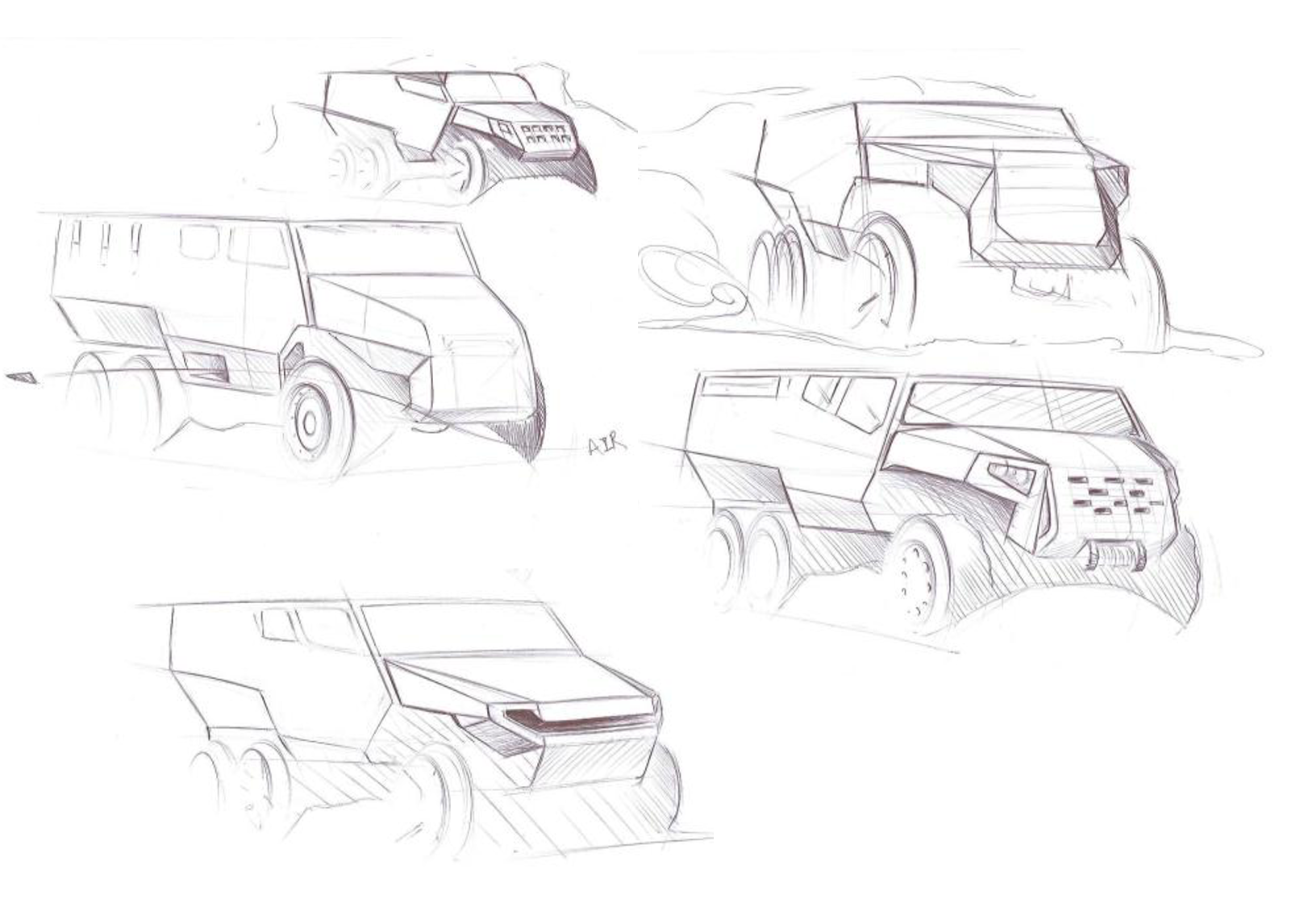 Some sketches of the ATAV
Design is important although it is not an objective purchasing criterion. Nevertheless, the design must reflect the mission of the vehicle. 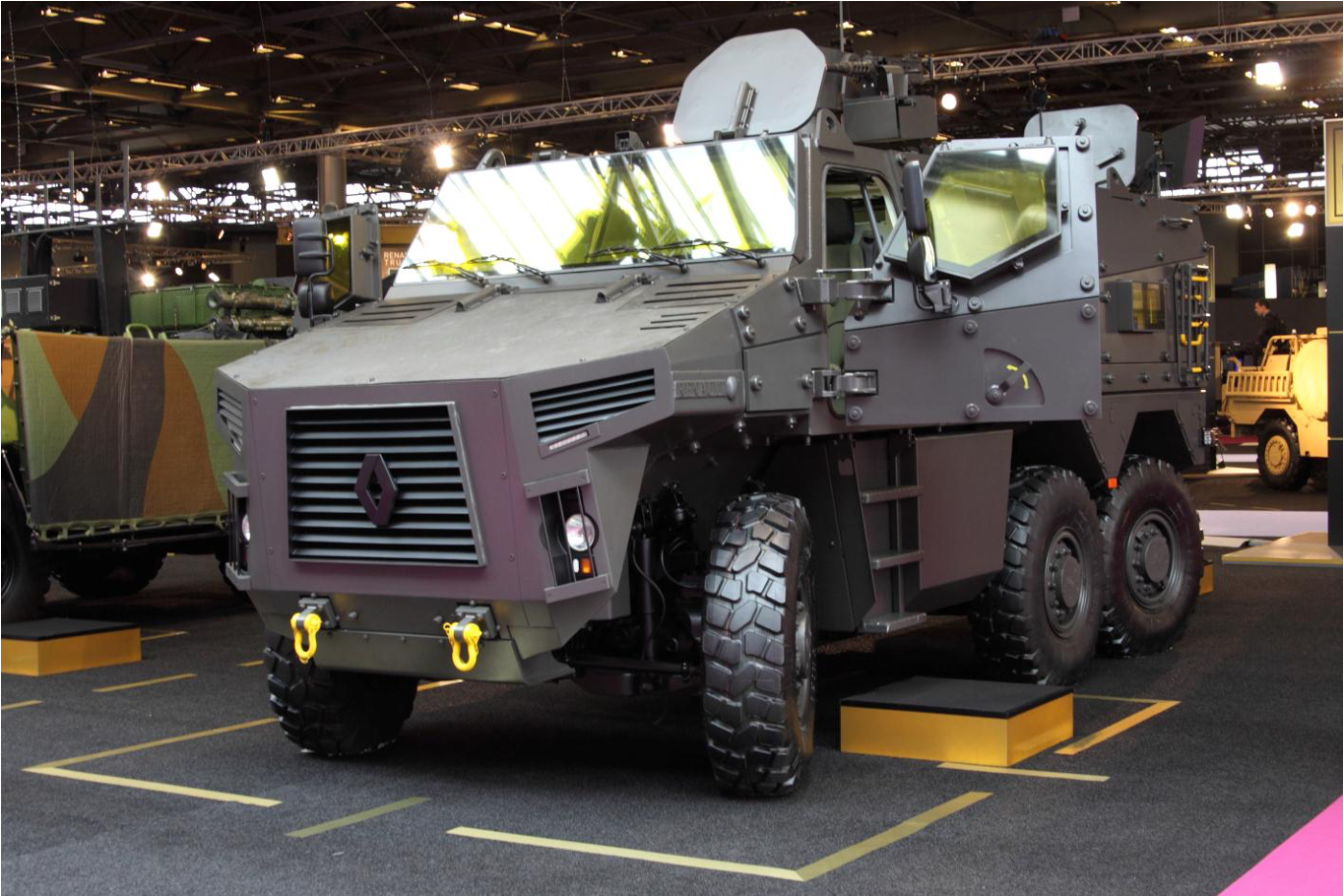 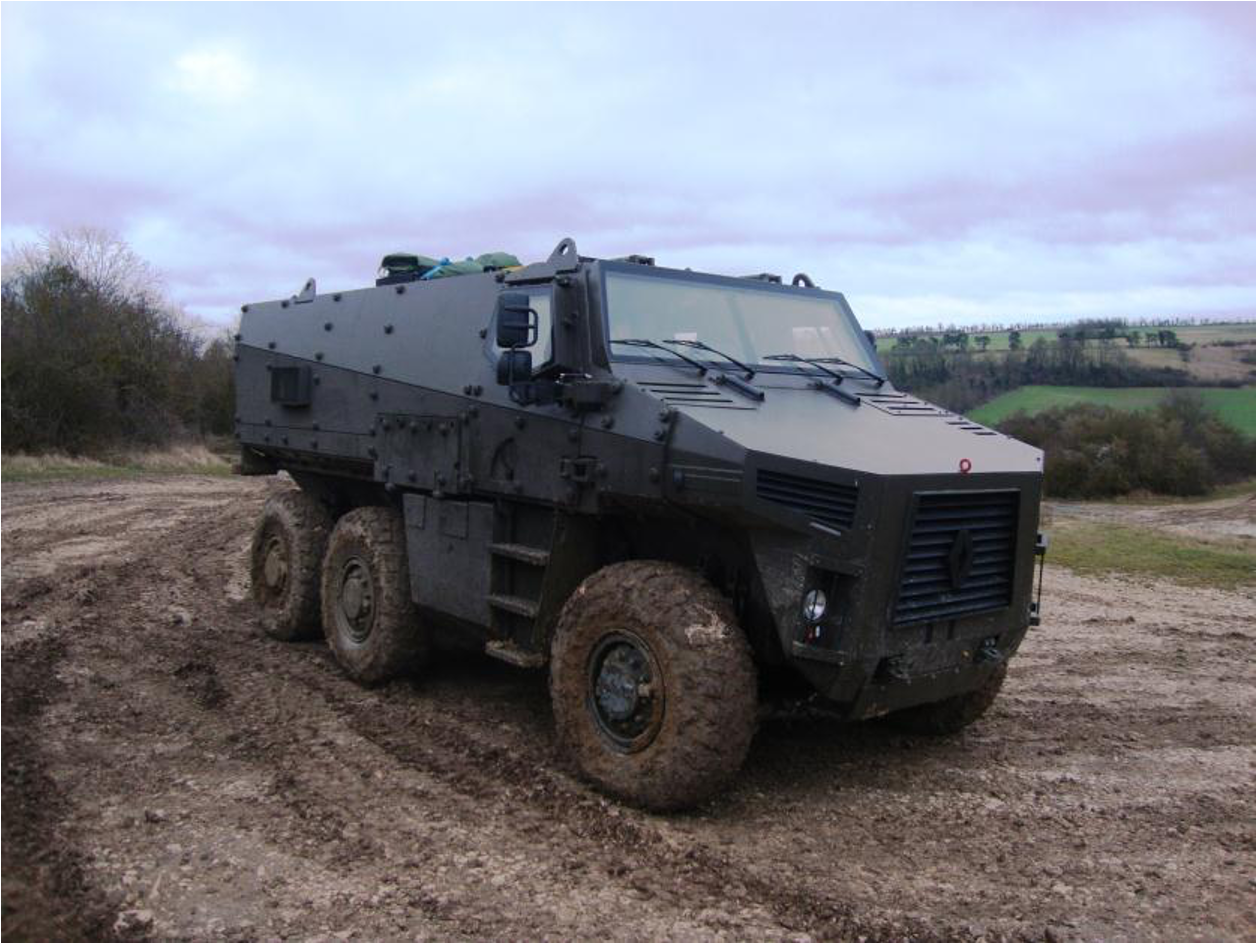 The GRIFFON as we know it today is strongly inspired by the ATAV from the BMX 01 Upstream Study Plan (PEA).

The GRIFFON is a real technological and operational leap forward for the GTIA vehicles. It offers a significantly improved level of protection, whether against ballistic threats or mines and improvised explosive devices (IEDs), with more effective armor, a remotely operated turret and latest-generation sensors.

Capable of collecting all the data from its environment and transforming it into combat information, and equipped with decision support tools to assist in dealing with threats, the new GRIFFON vehicles are at the forefront of collaborative combat as we enter the era of infovalization.

Characteristics of the GRIFFON armored vehicle

The armored vehicle is part of the 25-ton range.

The engine compartment is located at the front of the vehicle, the crew compartment in the center and the troop compartment at the rear. The GRIFFON is natively designed to resist mines and IEDs.

Due to the shape of its body, the way it was built and its interior layout, it is particularly well suited to counter these threats and thus protect our soldiers.

Contrary to the VAB which has 30 versions, the GRIFFON will be available in only 6 variants :

The shooting post is ergonomic and its proximity to the tactical chief and the pilot is a big advantage in terms of communication. 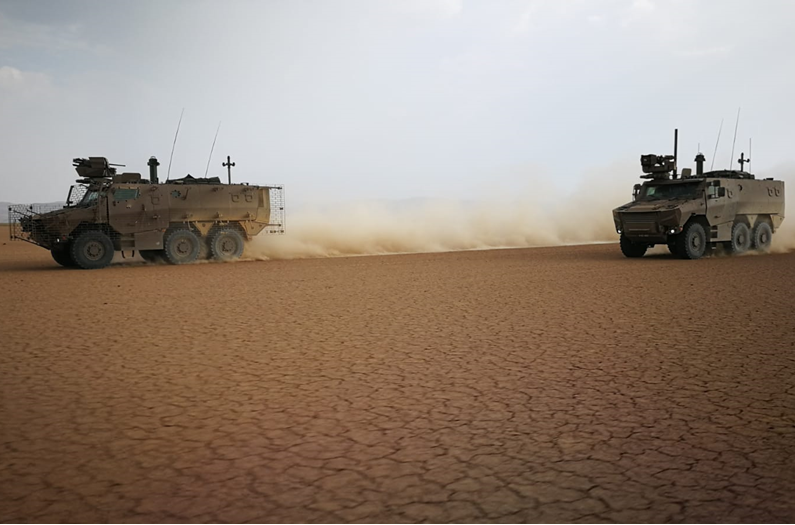 Two Griffon joined Djibouti in September 2020 for a technical-operational evaluation (EVTO) in desert conditions conducted in cooperation with the 5th RIAOM. 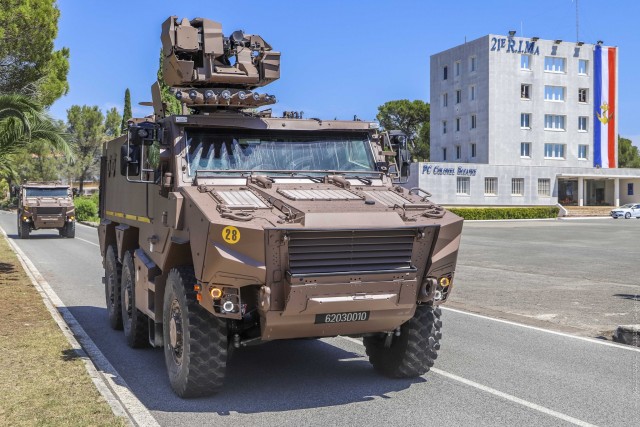 After the 3rd RIMa, 13th BCA and 1st RI, the 21st RIMa of Fréjus becomes the 4th Army regiment to receive GRIFFON vehicles. 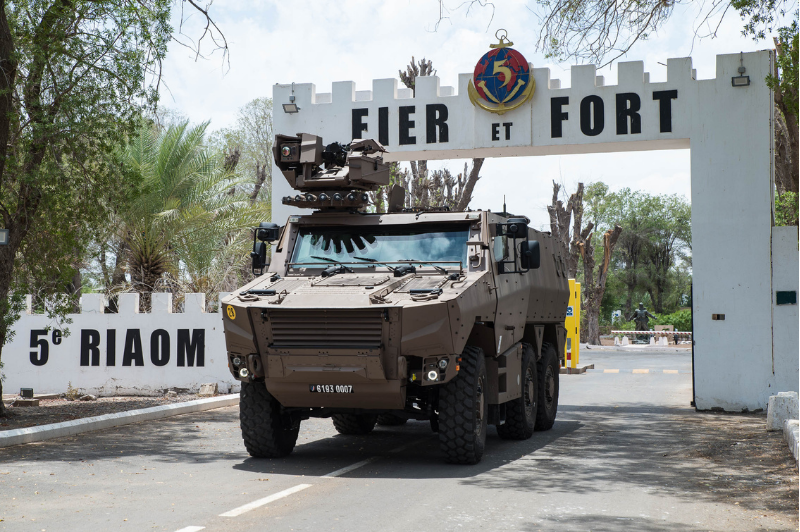