The first overseas combat vehicles purchased by the Army in April 1962 from Ateliers Legueu de Meaux were immediately allocated to two so-called "Fennec" missions in order to test them under the extreme conditions of the Sahara desert.

Starting from Algiers, one was to reach Atar in Mauritania to the West, the other Largeau in Chad via Tamanrasset. Each mission comprised 2 vehicles and a crew of 10 men. Fennec 2, the most difficult mission, saw temperatures of 52°C and had to cross the Ténéré desert. 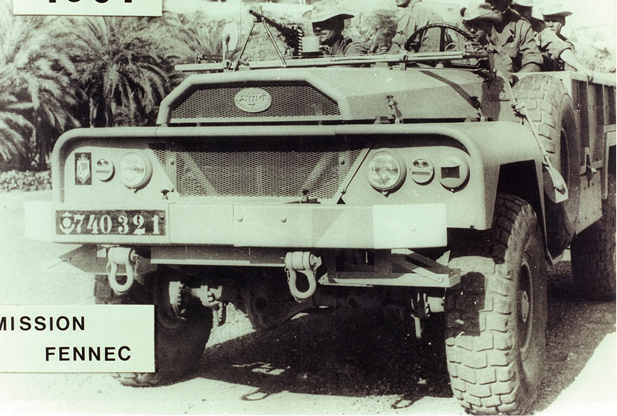 On their return, each mission had covered 30,000 km, proving the strength and reliability of the VCOM. "We found that the journey had worn out the men and their luggage rather than the vehicles themselves", wrote one observer. He added: "Manoeuvrable, robust, reliable, lightweight, transportable by air, able to use the ancient African bridges, cross the steepest slopes (...), with ample water and fuel reserves, very simple maintenance, extremely usable and ideal for various applications (...), the VCOM can't fail but raise the prestige of French engineering."