The armoured reconnaissance and combat engine, JAGUAR, is designed to replace the AMX-10RC, ERC-90 Sagaie and VAB HOT vehicles.

Equipped with a 500hp engine, allowing a maximum speed of 90 km/h and a range of 800 km, as well as an automatic gearbox, the JAGUAR demonstrates high-performance mobility.

Its three independent running gears, rear steering and 6-wheel drive give it exceptional manoeuvrability for a 25T vehicle (GVWR).

Equipped with a variable ground clearance, as well as a tire pressure variation system and a run-flat device, the JAGUAR has excellent crossing capacity on all types of terrain: road, rock, mud.

Arquus collaborators working on the Jaguar in our prototype workshop in Versailles Satory.

With all its technological prowess, the JAGUAR also benefits from numerous common equipment and tools with other vehicles (kits, parts, test case, etc...) which will facilitate its maintenance and logistics.

Taking into account the constraints of maintenance in operational conditions in parallel with the development should ensure very good maintainability, as is the case for the removal/installation of the Propulsion Unit, which is done in less than 4 hours. 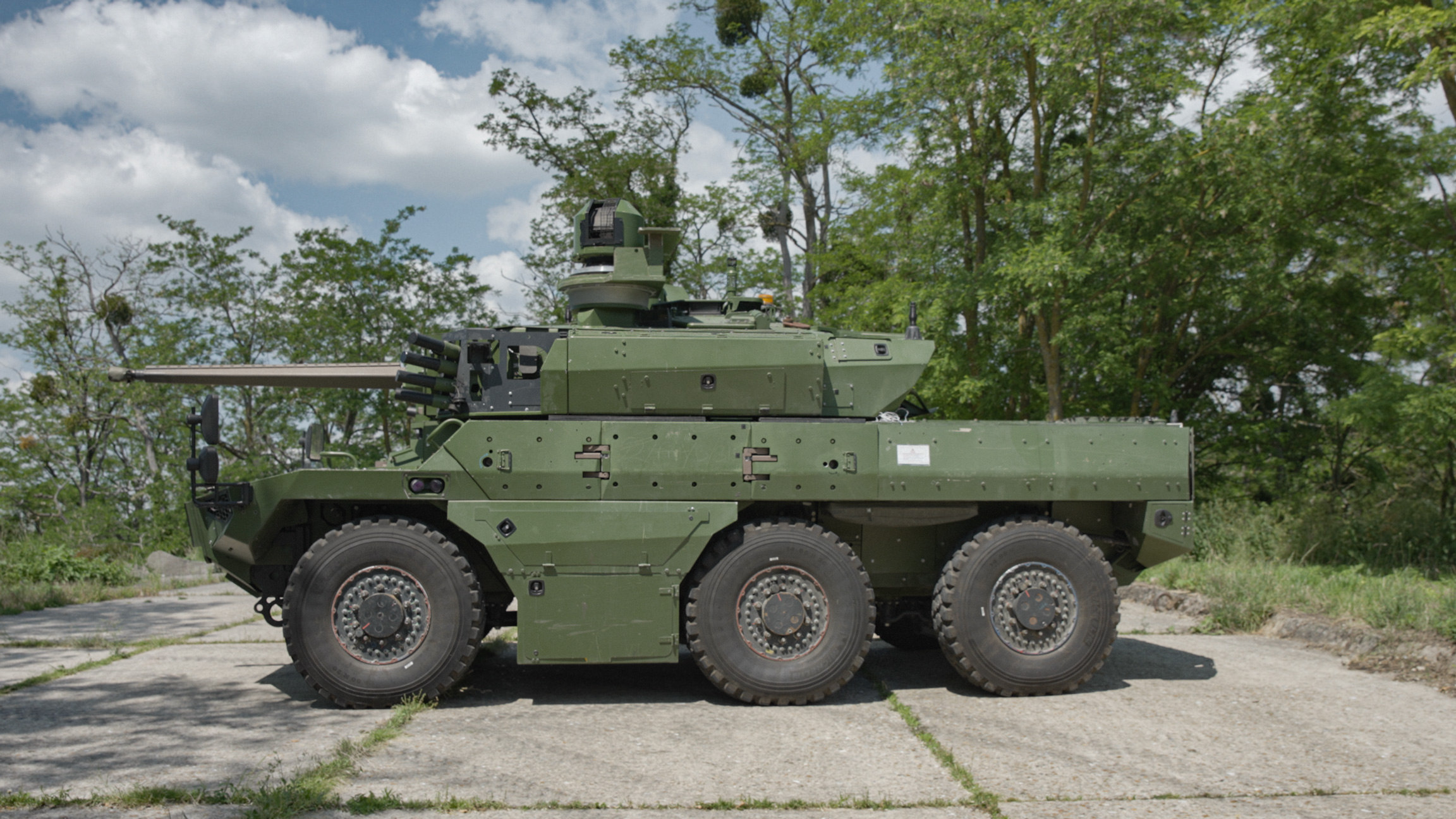 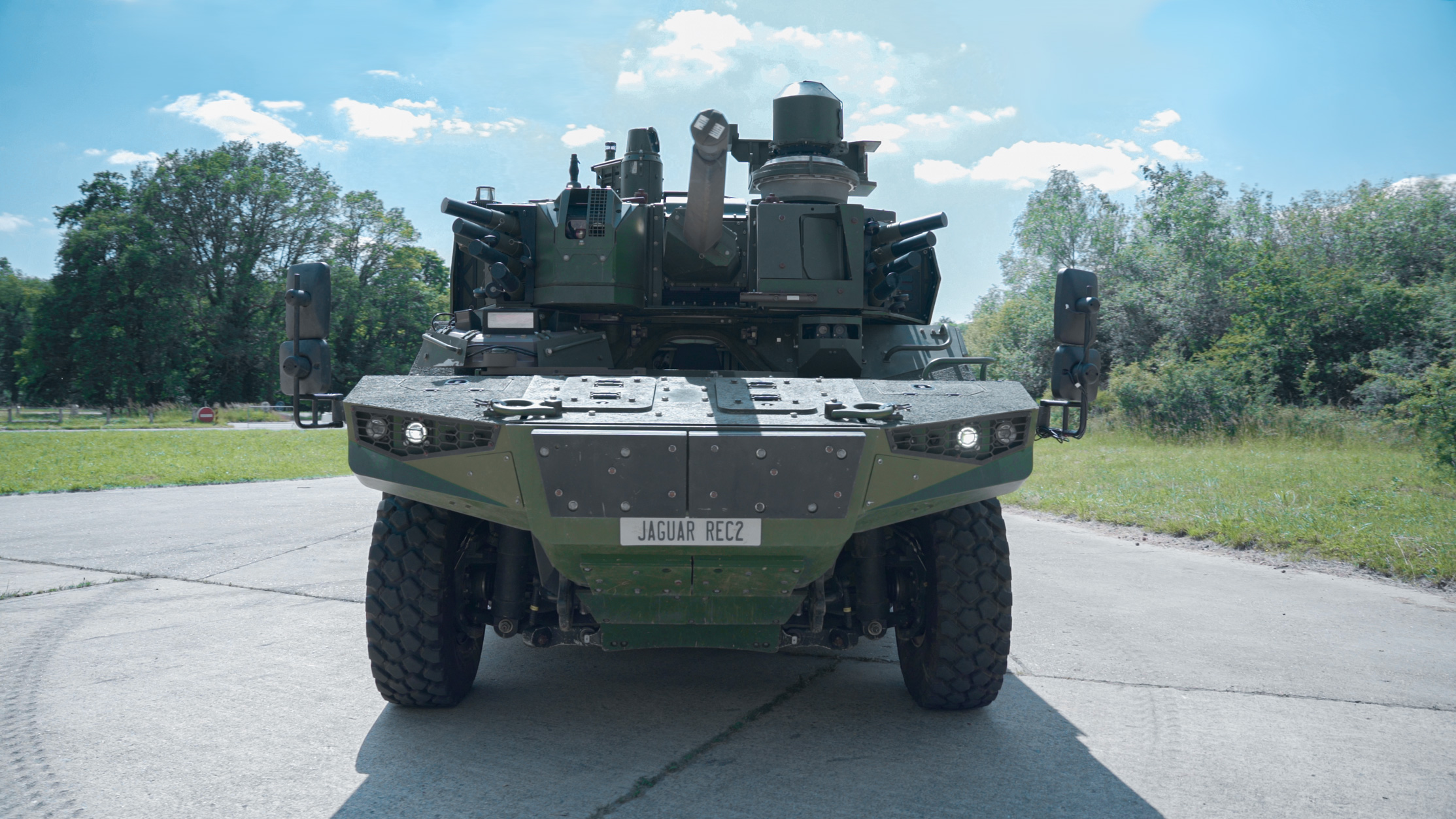 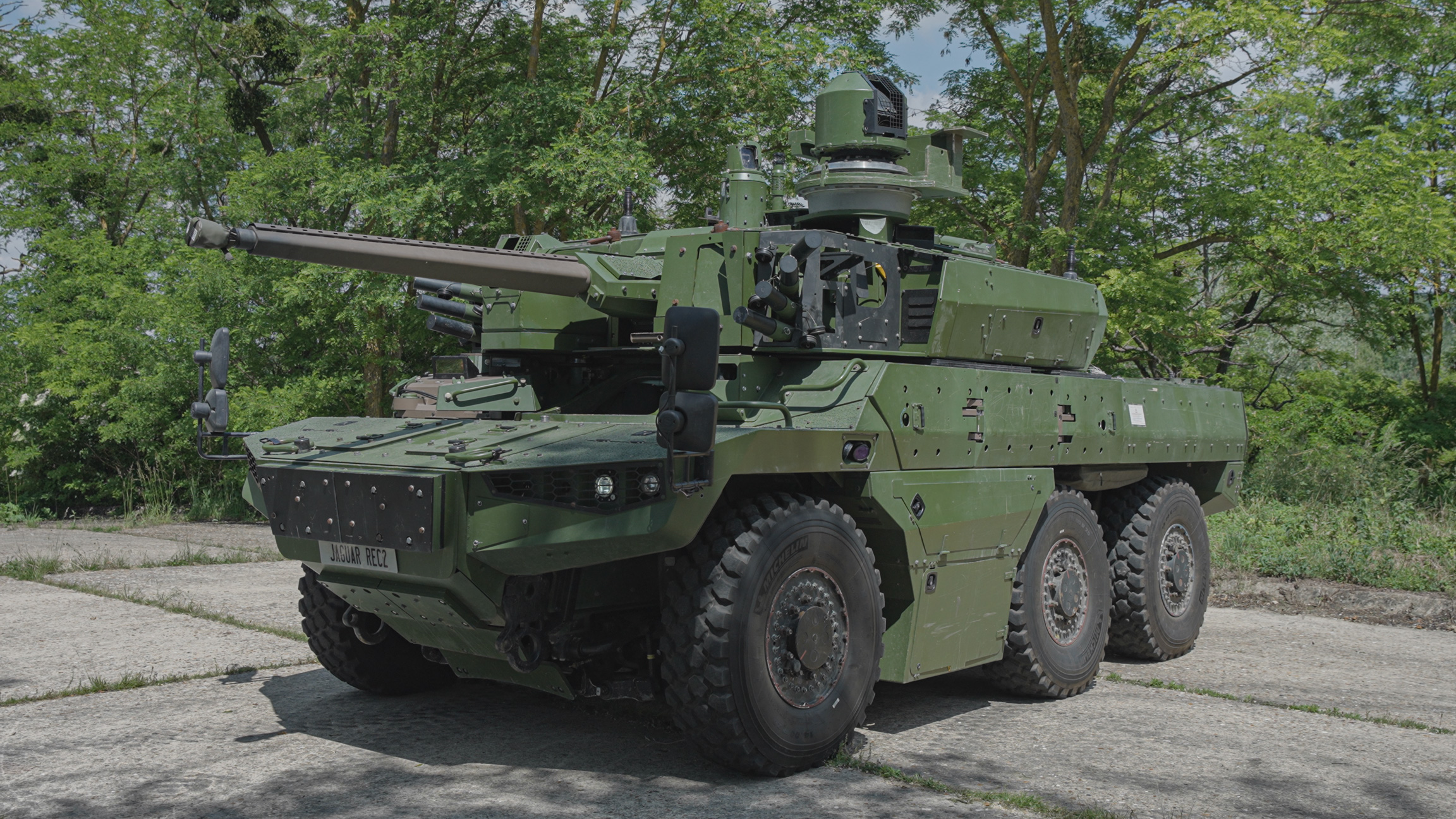 Arquus' factories mobilized for the Jaguar

Three Arquus industrial factories are directly involved in the production of the Jaguar, in a wide range of employment areas, alongside the Arquus Technology Center of Excellence and the Arquus Support Department. In total, several hundred employees are contributing to the EBRC program.

The Arquus plant in Marolles-en-Hurepoix, the new Center of Excellence for Engine Militarization, is in charge of all engine preparation operations for the EBRC Jaguar, as well as the production of the T3 remotely operated turrets that ensure the vehicle's self-defense.

As the Center of Excellence for the production of new vehicles, Limoges is responsible for the preparation of the Jaguar's mobility kits, i.e. all the parts, components and sub-assemblies that ensure the vehicle's mobility.

At the same time, the Arquus Hub in Garchizy ensures the availability of spare parts and components within very short deadlines, enabling efficient maintenance close to the forces. Roanne site Finally, an Arquus team is present on the Nexter Roanne site to provide their expertise on the integration of mobility elements.

fitted with the HORNET WEAPON SYSTEM

The Hornet S weapon system is electrically powered and stabilized on three axes. It has a 360 ° rotation capacity, with an elevation from - 20 ° to + 60 °.