From October 26 to 28, Arquus joined the centennial celebrations of the declaration of Czechoslovak independence in Prague. Its presence is in line with our Group’s European long-term strategy.

The FT-17, which equipped the Czech Army after 1918, is given place of honor at the Czech centennial celebrations.

Emmanuel Levacher, CEO of Arquus, was also present in Prague for the centennial celebrations that marked not only the foundation of Czechoslovakia, but also its relations with France. An heir to this long-standing tradition of friendship, Emmanuel Levacher is one of the founders and former president of the Franco-Czech Chamber of Commerce.

Celebrations in the presence of the FT-17 tank

The Czech Republic wanted to celebrate the anniversary with the presence of the French Victory Tank, the FT-17, which equipped the Czechoslovak army after 1918 as part of its alliance with France. An essential vehicle of the French army at the end of the Great War, the FT-17 is a monument to history, and the basis of our corporate identity today. Arquus contributed to providing the vehicle and transporting it from the Armored Vehicle Museum in Saumur, France, to Prague.

Our presence at the October 28 celebrations are a demonstration of our company’s European long-term strategy. As the European leader of protected mobility, Arquus develops relationships of trust with top-level Czech industrial stakeholders such as VOP CZ. 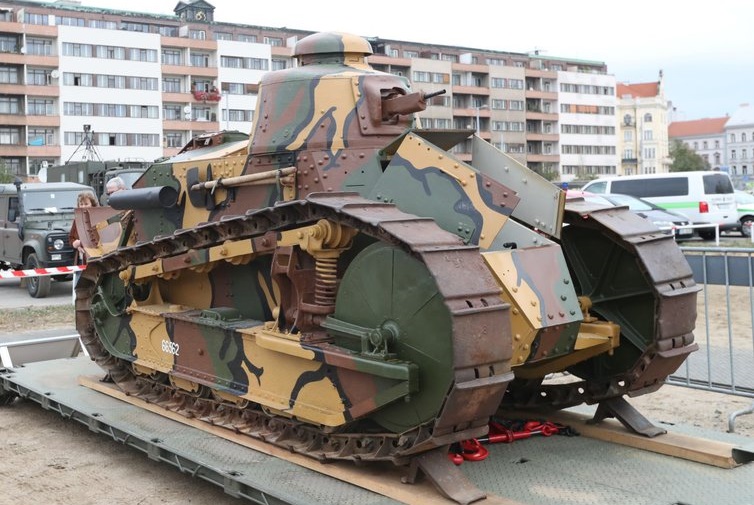 Czechoslovakia’s independence was declared in Darney in the Vosges, before being ratified by the Treaty of Saint-Germain en Laye in 1919. The Czechoslovak Minister of War at the time, General Stefanik, was also a French citizen and officer during World War I.